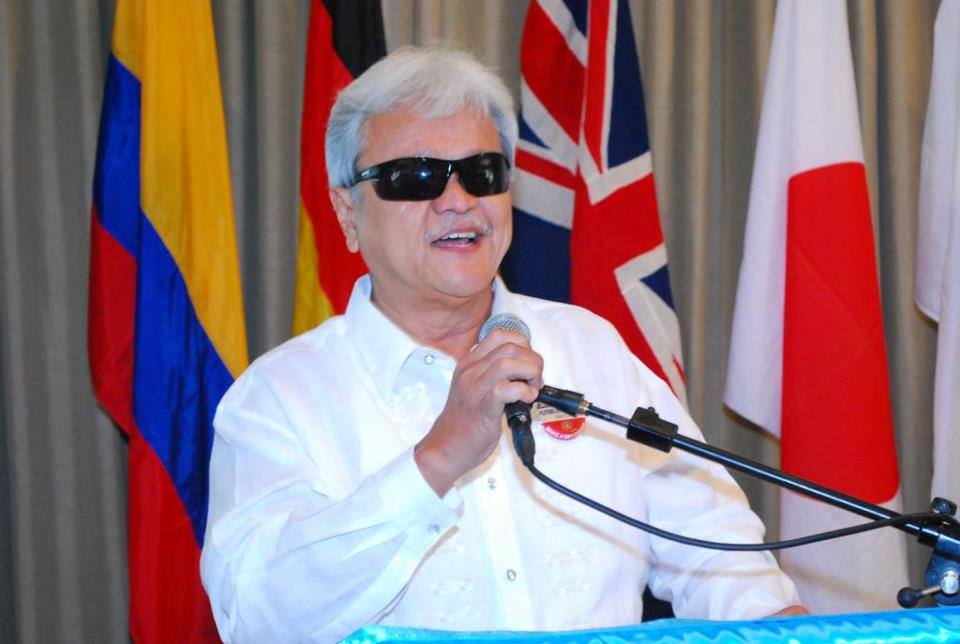 Dubai, May 27: Michael Barredo, Philippine Sports Association for the Differently Abled (PHILSPADA) President, was unanimously named as the new Vice President of Asian Paralympic Committee during its 26th EB meeting held virtually on May 25 and 26.

One among a few key decisions taken during the meeting, Barredo has succeeded Ms. Jang Hyang Sook who unfortunately has had to step down for health reasons. Barredo, who was founding president of NPC of the Philippines, President of IBSA, and served on the Governing Board of the IPC and IOSD Council, will continue to serve as the APC’s Sub-Regional Representative for South-East Asia.

“We are sad to say goodbye to Ms. Jang and are very grateful for everything that she has done with us during her time as Vice President. The APC family send her our very best wishes for the future and pray that she returns to full health soon,” said APC President Majid Rashed who opened the 26th EB meeting.

“We are very happy to announce the appointment of Mr. Barredo as the new Vice President replacing Ms. Jang. He has played an active role in the growth of the Paralympic Movement in the South-East Asian region. With his vast experience, he is well qualified to take on this new position and we wish him all the very best on this new role,” Mr. Rashed added.

The first day also heard a discussion on the 2021 APC General Assembly which is due to take place at the end of the year. The Executive Board took the decision that the event will be held virtually owing to the current Covid-19 Pandemic. More details on this will follow.

During the two-day meeting, the Executive Board also heard updates on the APC’s strategic plan as well as from the upcoming Games organisers including the Tokyo 2020 Games, the Beijing 2022 Winter Paralympic Games, Bahrain 2021 Asian Youth Para Games and Hangzhou 2022 Asian Para Games. Reports from the Sub Regional representatives and the various APC Sub-Committees were also part of the second day’s agenda.

The APC Executive Board also expressed their satisfaction with the progress reports from the Games organisers. “We are very impressed by the progress reports from the Organising Committees including Hangzhou 2022. It shows their readiness and confidence to host one of the best ever Games in the region. The legacy has already started and I am sure these Games will set bench mark for the upcoming Games,” said APC CEO Tarek Souei. 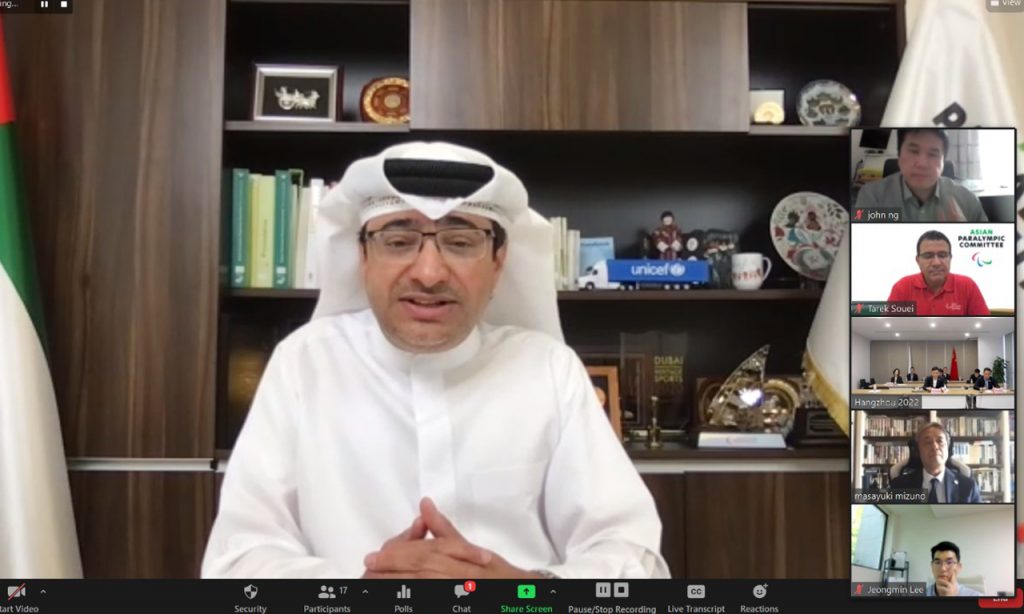 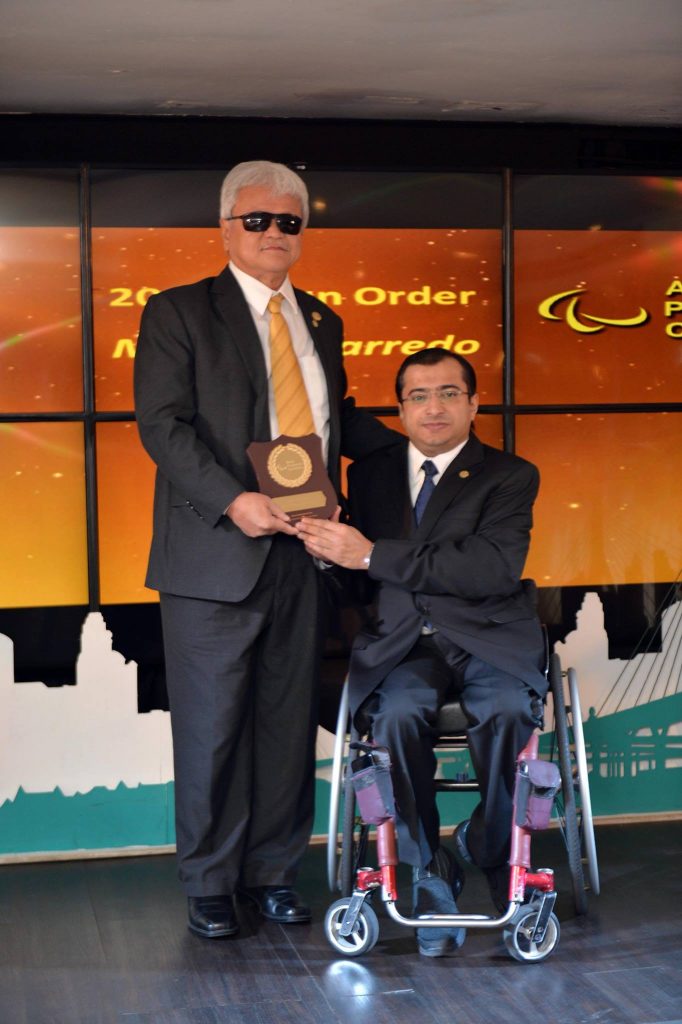 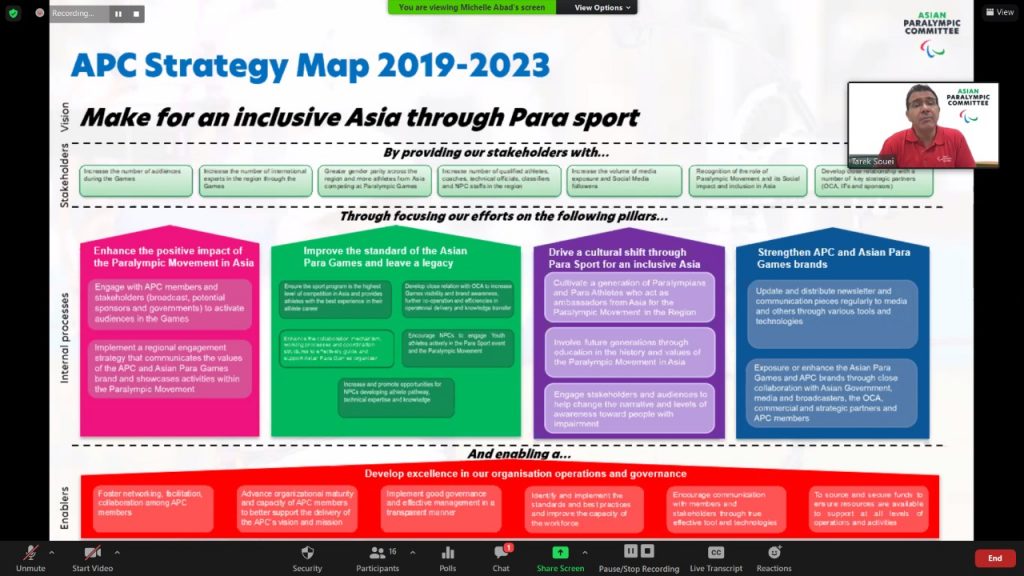