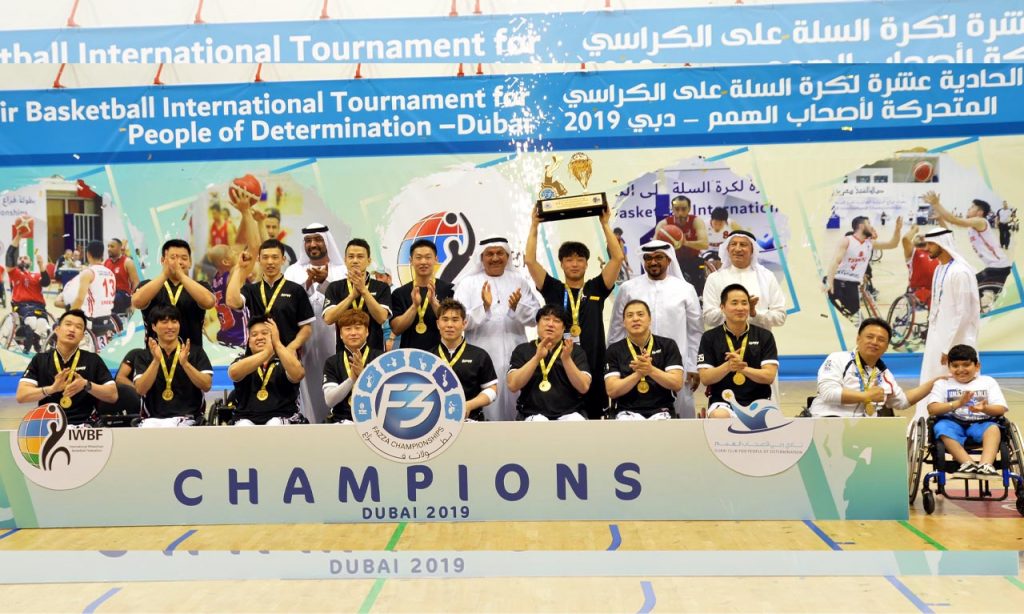 South Korea survived a scare from Thailand to be crowned champions at the 11th Fazza International Wheelchair Basketball tournament at the Shabab Al Ahli Club in Dubai, on Tuesday.

The Koreans, Indonesia 2018 Asian Para Games bronze medallists, won 75-69 after fighting past the South Asian nation who were close on their heels throughout the match. The Thais, in fact, led by 33-35 points after the second period, but heroics from skipper Cho Seung-Hyun (25 points) and Kim Ho Yong (22 pts) propelled the South Koreans to victory.

“It was a good game. Thailand players have improved a lot since the past years. We will need to work on our match-up zone defence.

“But I am happy that we performed better than last year,” the coach said of his team who were the bronze medallist here last year. “Our target is reaching the semi-finals at the Tokyo 2020 Paralympics.”

For Thailand, it was their star shooter Pongsakorn Sripirom who top scored with 29 points. In total, Sripirom scored 121 points to take home the ‘Best Player of the Tournament’ trophy.

He now wants to help his team to qualify for the Tokyo 2020 Paralympics. “I will try to help my team beat Korea and take revenge at the Asia-Oceania Championships in Pattaya,” Sripirom told the Asian Paralympic Committee.

The final started on a thrilling note with both the teams staying neck-and-neck right from the start and both displayed impressive shooting and defensive tactics. While the Koreans made their intentions clear with the opening goal in the first 10 seconds, Thailand never gave up and matched them in every area.

There were also some edge-of-the-seat moments as the Koreans came out with their superb passes and dribbles from Seung-Hyun, Yong and Lim Dong Ju even as Thai players Kwanchai Pimkorn and Sripirom impressed with their three-pointer shooting skills.

Thailand coach Mohammad Reza Dastyar from Iran, who took up the role just one month ago, said the experience at Fazza 2019 will help his players at the upcoming Asia-Oceania Championships in Pattaya from November 1-10.

“Our players did well. Now we need to analyse their strengths and weaknesses after returning home. Our main target is to improve the bench strength in the coming time. We have many new players on the bench who still don’t have competition experience. This tournament was a good exposure for them.”

Earlier, Germany came out with their best performance in the tournament defeating Austraila’s Emerging Rollers team 52-38 in a one-sided 3rd/4th position match.

Surprising everyone with a dominant show on Tuesday, Germany led right from the start taking a huge lead of 22-2 in the first quarter. Australian shooters tried hard to break the defense but nothing worked and they also missed many scoring chances owing to missed shots.

However, in the third quarter, the Aussies seemed to have regrouped and strengthened their defense to stop the Germans. But it was too late.

German skipper Alexander Budde led from the front  –  top scoring with 25 points. “It was an exciting game. The communication and co-ordination of the team was great. This was for the first time that the Under-22 team players played together. For me personally, I have made it to the senior’s team and looking to continue my form in the year where I play the Euro League.”

Australia coach Craig Friday said they weren’t looking too much into the result and believes the experience will come handy for his Emerging Rollers team.

“This was a good opportunity for these young players here. They played decent; could have done better. We ticked a few boxes and a missed few. It’s more of a mental side for them. We really enjoyed the tournament, with teams like Korea and Thailand also here with full strength,” he added.

UAE finished in the eighth place after losing to South Africa 49-65 in the 7th/8th position match. 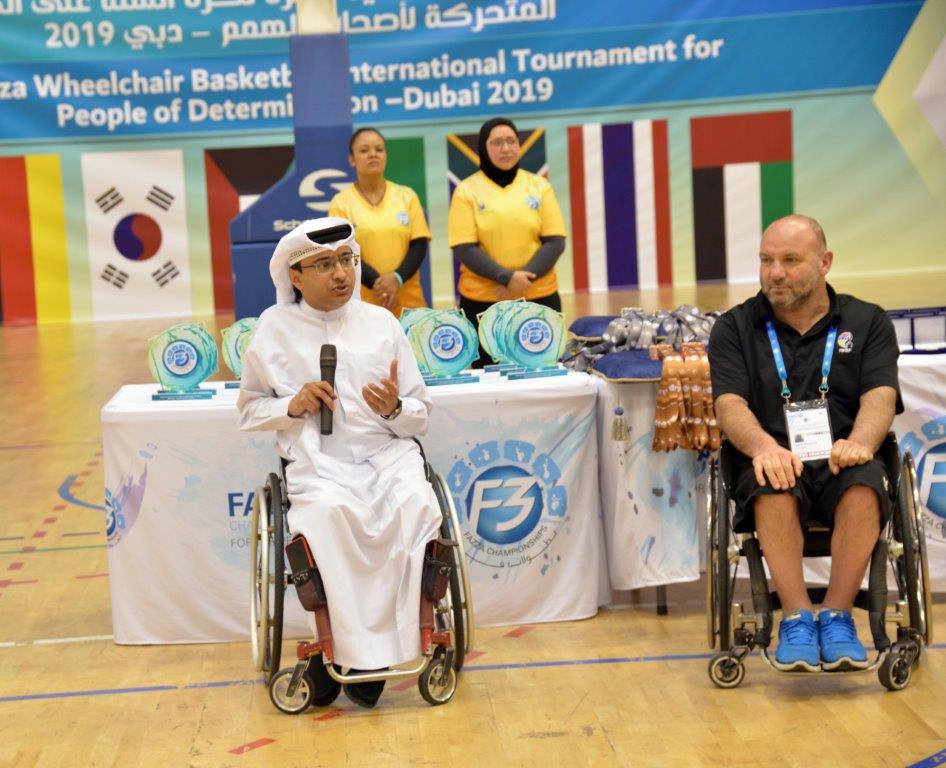