There were only three medal events on the sixth day of the Beijing 2022 Paralympic Winter Games. All were in the Para Alpine Men’s Giant Slalom races and Asian nations won only one of the nine on offer, a bronze in the Sitting category, won by Zilu LIANG from China. It was the fourth event that the 17-year-old had competed in, with his best result prior to today fourth in Super Combined. He will compete in Slalom on Sunday, the final day of the Games.

The only other sport that took place today was Wheelchair Curling. It was the final day of the Round Robin stage and would determine who goes through to the Semi-finals tomorrow (Friday March 11). China met Great Britain in the first session of the day. They defeated the Brits 6-3, leaving them joint top of the Standings with Sweden both with a game to play. They then met Latvia in the afternoon and won convincingly CHN 9 v 2 LAT. Korea went into the day knowing that they needed two wins from both of their matches to stand a chance of qualifying. They met the USA in the morning session. They were leading 6-5 going into the final end but the USA had the hammer and ended up taking the end for two, leaving the final score KOR 6 v 7 USA. In their final match of the Games, they faced Sweden who had already qualified for the Semi-finals. Despite failing to qualify for the Semi-finals, Korea ended their Paralympic Games on a high, defeating Sweden 10 – 4.

At the end of day 6, China still tops the medal table with 32 medals, ten of which are Gold. Japan have now dropped to 7th but will hope that the final Para Alpine Skiing events yield further medals for them.

Tomorrow will see medals awarded in Para Alpine Women’s Giant Slalom, Para Biathlon Individual events, Para Snowboard Banked Slalom (where two I.R. Iran athletes will compete) and the bronze medal in Wheelchair Curling will also be decided. In the Para I ce Hockey Korea will meet Canada and China will face the USA in the Semi-finals. 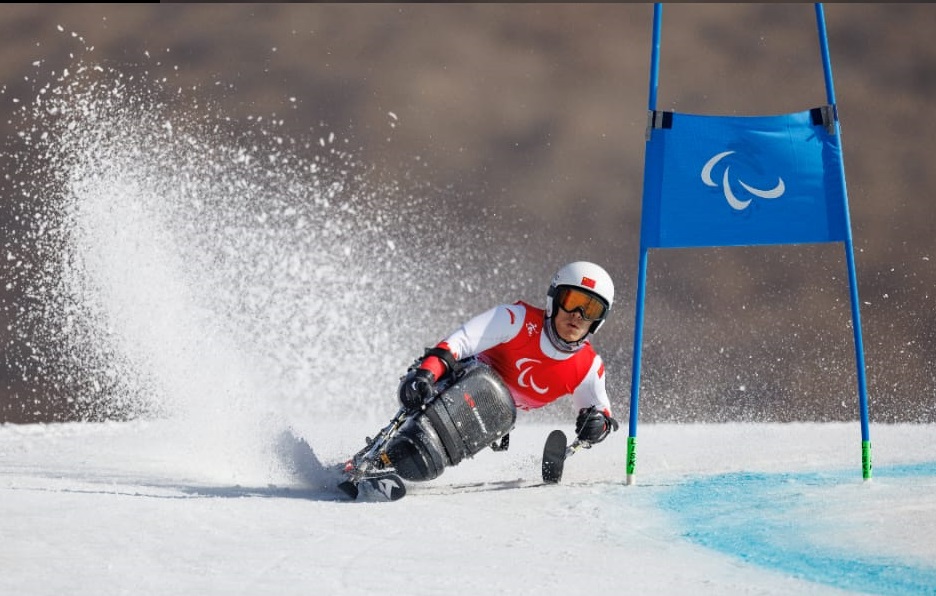